​CHILE – Discover the whole world in one country

​It is said that after the creation of the world, God still had a little bit of everything left. And so he put everything behind the mountain range that separated the land from the largest ocean: first the sand and the rocks full of salt and ores, then fertile soil with rich crops, including all the remaining trees and the fresh water and at the very end the rest of the ice - and that's how Chile came to be! Sure, that's just a beautiful story, told by travelers - but who once traveled this long country with its unique diversity from north to south, is inclined to actually believe it.

​In Chile, you can have almost everything the traveller´s heart desires:

​Whether you are looking for action or relax, in Chile you will find your dream! With a north-south extension of about 2,700 miles (not including Antarctica), Chile is the longest country on earth. If you put Chile on a map of Europe, then one end would be in Moscow and the other in Lisbon. Or put it vertically, then you have one end on the north coast of Scandinavia and the other end on the coast of North Africa.

​This long, long land is unique and packed with breathtaking landscapes and nature from north to south: The world´s dryest desert offers spectacular postcard motifs and the world´s clearest starry sky gives fascinating views into the origins of our universe. Wide, white salt flats let you experience the gigantic dimensions of nature and beautiful sandy beaches invite you to relax. And did you know that the oldest mummy in the world was not found in Egypt but in Chile? And that's just a few highlights of the north, where, by the way, the heart of Chile's economy beats, in the form of copper and other mining.

Farther south in the central valley you will find the blooming life - both scenic and cultural, because about half of all Chileans live in this region: Here are the largest and most colorful cities in the country, especially the versatile capital Santiago and the colorful UNESCO World Heritage City Valparaíso on the Pacific coast. Art and culture in all its forms are the lifeblood of this amazing city, which is also called the "Pearl of the Pacific", although it is far from shining everywhere. All around are beautiful beaches and the Chilean vineyards - in no other place in the world will you find so many different and so high-quality wineries as in the Chilean Central Valley. The Andes Mountains make the picture perfect and offer countless possibilities for outdoor sports.

You prefer it quiet? Or are you a total fan of outdoor adventures? For both, you're in the right place in Chile's southern half: here, crystal-clear lakes surrounded by mountains with pristine forest await you as far as the eye can see. The temperate rainforests of southern Chile are a paradise for nature lovers. Partly active volcanoes with snow caps adorn the already beautiful landscape, some of them are easy to climb. Impressive waterfalls alternate with relaxing thermal baths; clear rivers and fabulous fjords are just waiting for you to embark on a rafting or kayaking adventure!

In the south, an astonishing stretch of land awaits you: wild, barren and beautiful, Patagonia shows you the unbelievable power of nature - there is hardly any traveler who, with wind in the hair and white-blue glaciers in front of him, does not fall in love with this piece of land, the home of pumas, condors and guanacos.

Did you know that the Easter Island belongs to Chile? And, that it the most isolated place on earth? No wonder that a fascinating unique culture has developed there. But also the nature of Easter Island is very interesting: Created about 3 million years ago by three underwater volcanoes, the island has no springs, streams or rivers, only three rainwater lakes in extinct volcanic craters.

Did the travel bug hit you straight away? Or, do you feel like exploring this curious country at the end of the world? Then contact us! We are happy to inform you about our programs that are as diverse as Chile! We will find the perfect project for you and your dream location - or several of them - in Chile!

​They are as different as their long country. Today, Chileans with European ancestors and mestizos make up the vast majority of the population. During colonial times, Chile was settled by immigrants from Spain. In the early 19th century, people from Germany, Switzerland, Croatia and Great Britain joined the group. Traces of it can be found in many surnames and typical food. Southern Chile in particular was strongly influenced by the customs and gastronomy of these immigrants. At the last census in 2017, just under 13% of Chileans said they had indigenous roots. At 80%, most of them are Mapuche. Their home is the beautiful Araucanía region in southern Chile. When you are there, pay attention to the public signage: it is written in Mapudungun, the language of the Mapuche, as well as in Spanish. Descendants of the Aymara, Diaguita, Lican Antai and Quechua live mainly in the northern half of Chile and the Easter Island is populated by the Rapa Nui.

​Chile's cultural diversity is mainly due to the geographic and climatic characteristics of each region. Over time, adapting to the sometimes extreme conditions has led to different costumes, traditions, culinary specialties and even in the dances and music you can make out. Part of the music of southern Chile sounds like the waves rushing to the coast, the joys and sorrows of country life sound from the Central Chilean cuecas, while the music from the north seems to be inspired by the wind whistling over the plateaus and the steps of the caravans.

​What unites them almost all, however, is their warm-hearted nature - whether North or South, you will always find someone to chat, to show you a cultural peculiarity or delicacy. They are very proud of their great country and love to be confirmed in this opinion - and to learn something about foreign cultures in such conversations. With all this, the Chileans are never pushy, but rather reserved compared to other South American countries. The Chileans are generally very friendly and will gladly welcome you as "Amigo" - and you will understand their special kind of humor over time as well.

Chile is just amazing – even in numbers:

​You can find six UNESCO-World Heritage Sites in Chile:

​and not less then ten UNESCO Biosphere Reserves: 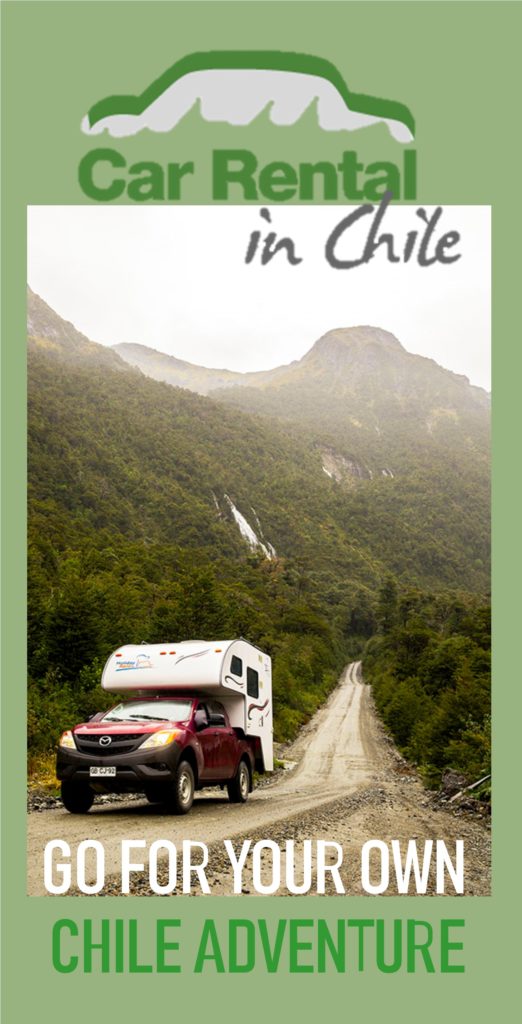